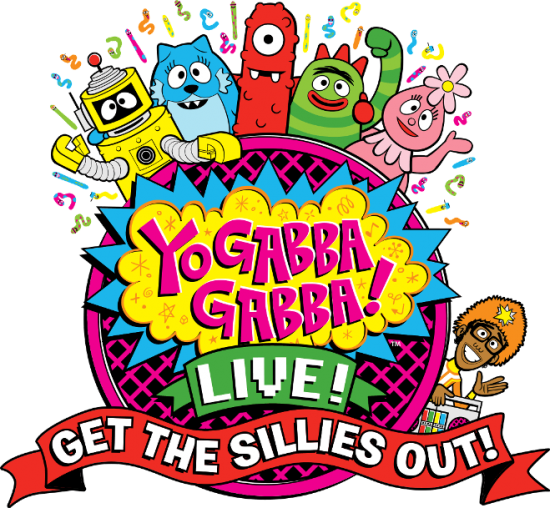 The Yo Gabba Gabba Live : Get The Sillies Out Tour {GIVEAWAY} 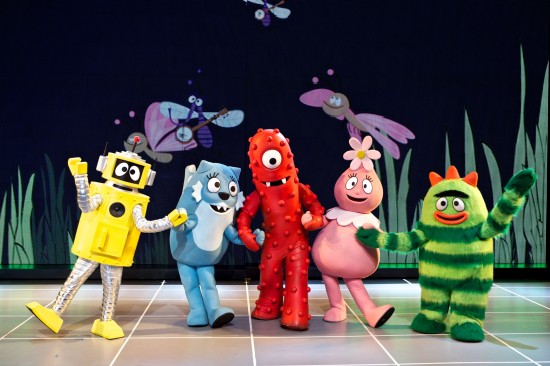 Yo Gabba Gabba.  What can I say?  My kids LOVE that crazy, quirky show!  And I love letting them watch it, because I enjoy seeing the guests.

Hipster-friendly musical performances and super fun celebrity guests like Devo, Aquabats, Biz Markie, Jack Black, Angela from ‘The Office’,  Elijah Wood, Anthony Bourdain, Mos Def, Amy Sedaris, Tony Hawk, Mix Master Mike, Andy Samberg,  Weezer, The Shins, Jimmy Eat World, The Decemberists, The Ting Tings,  The Killers, The Roots.  I mean, come on!  What other kids show can boast fantastic guests like that?!   And these are just the ones I can remember recognizing in the episodes we’ve seen over the years.  Who am I missing?   Who are some of your favorite guests?

(We don’t actually get the channel that Yo Gabba Gabba comes on (Nick Jr.) but we have OnDemand and there are usually about 2 or 3 episodes on there for the month.) 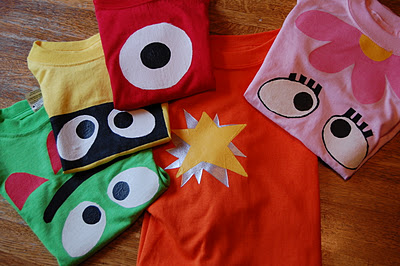 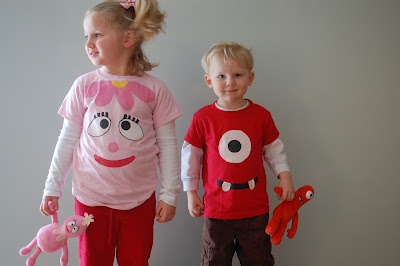 I’ve even made shirts for the kids.  The colorful characters were fun to put on a shirt.  The characters are Brobee (the little green one), Foofa (the pink flower bubble), Muno (the red cyclops), Toodee (the blue cat-dragon) and Plex (the yellow robot).

You can revisit this post to learn how to make some You Gabba Gabba shirts of your very own! 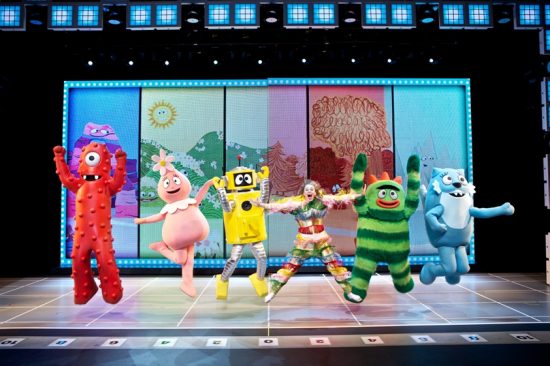 Yo Gabba Gabba Live : Get the Sillies Out is coming to a city near you!!  It is the third tour for the show.

The cities near us are….

Click here to read more about the show and to see the 50 cities on the 2013 tour.

If you have no idea what this show is all about….here’s a description from the website.

“Yo Gabba Gabba! is an award-winning, live action television series and live stage show whose unconventional formula has created a triple stacked fan base, making it one of the most popular entertainment properties among preschoolers, parents and indie music lovers alike.  The television show, now in its fourth season, airs several times a day on Nick Jr.”

Yo Gabba Gabba has been so great and given me 4 tickets to giveaway to one of you lucky (local-ish) peeps!!!!  Aaaand you can chose either the Cincy show or the Louisville show!

You do have to be able to get yourself to Cincy or Louisville show (or give them to someone who can.)  😉  Good Luck!

(I actually like to think it was DJ Lance himself that generously gave me the tickets to share with you. 🙂 )

(The winning entry will be verified.)