Another Steinbeck classic comes to life on Cincinnati Shakespeare’s stage this October!!

Cincinnati Shakespeare Company, Cincinnati’s stage for the classics, continues their 20th Anniversary Season with the John Steinbeck’s classic “Of Mice and Men”. 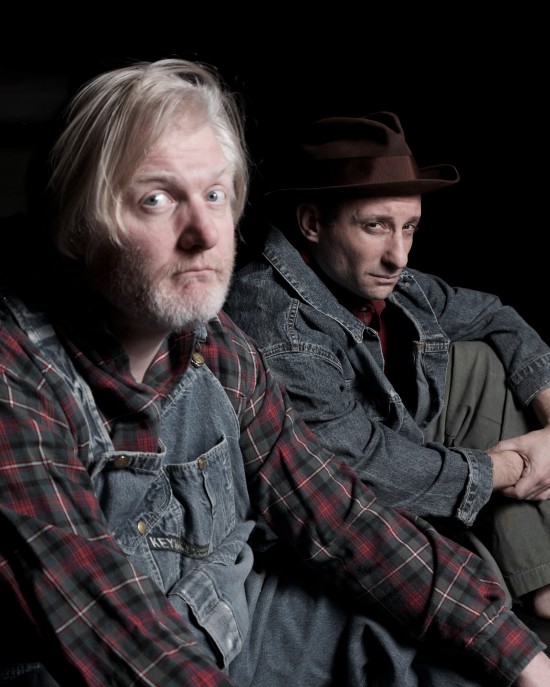 The Cincinnati Shakespeare Company production of the play Of Mice and Men directed by Drew Fracher proved to be a dynamic representation of John Steinbeck’s writing.  The incredible ensemble of actors leads the audience back to the depression era where hopes and dreams were often cruelly crushed by circumstance. The story revolves around; George, played by Jeremy Dubin and Lenni, played by Jim Hopkins who easily weave a picture of friendship, deep devotion and care giving. The harmony of excellent acting and beautiful lighting on the sets quickly establishes the feel of a migrant worker in California. This outstanding production offers so much to the audience. The ability of the actors to convey the thoughts and feelings of so many strong characters helped to make this a very enjoyable evening.  If you are looking for a fun night out and an outstanding production, you need to get to the CSC Theatre before November 10th.  You will not be disappointed.

CSC’s 2013  production of John Steinbeck’s “Of Mice and Men” directed by Drew Fracher. 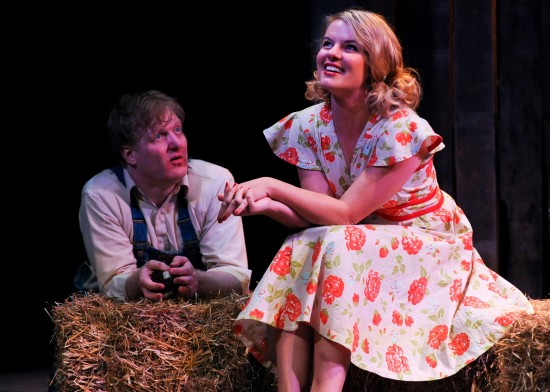 “John Steinbeck’s tale of enduring friendship amidst unendurable hardship. Two down-and-out migrant workers travel through California during the Great Depression. As they pursue work and their dream of a piece of land to call their own, the pragmatic George struggles to protect the giant but simple-minded Lenny from his own  mistakes and the world’s cruelty. The creative team behind 2012’s The Grapes of Wrath (one of the most  critically acclaimed CSC productions of all time) reassembles for another great American masterpiece.” 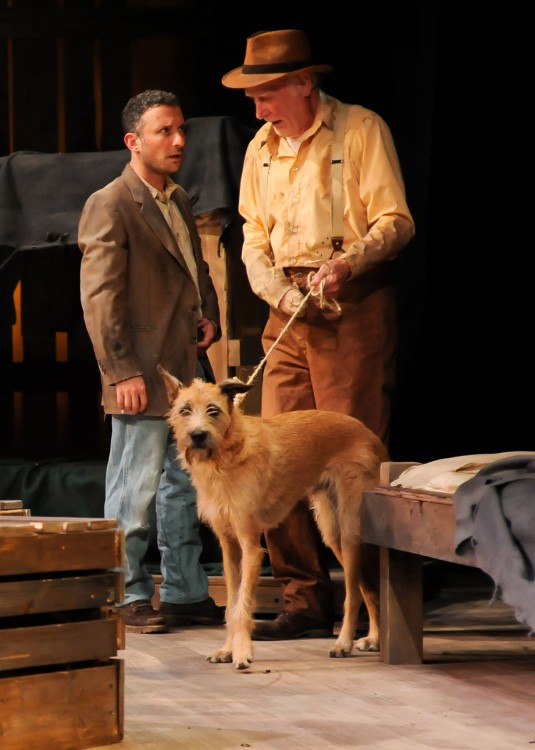 Photo Credit.  (Left to Right) Jeremy Dubin as George and Joneal Joplin as Candy (pictured with Rufus the dog as Candy’s dog). By Rich Sofranko.

I was given complimentary tickets for review purposes.