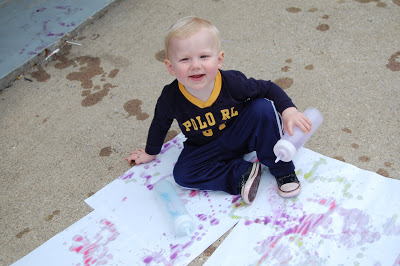 It’s so fun to have ‘bean time’ while the bird’s at preschool. He does miss her and look around for her after about an hour, but at first he just loves being the only kid around. Last week when the weather was so nice, we loved playing outside.

Sam spotted the squeeze bottles in the garage. They still had some leftover colored water in them from our snow painting. He was so excited to have free reign with them. (no older sister to share the colors with) He thought it was just hilarious that I let him water all of the plants and grass and sidewalk and rocks. He was really getting into it. 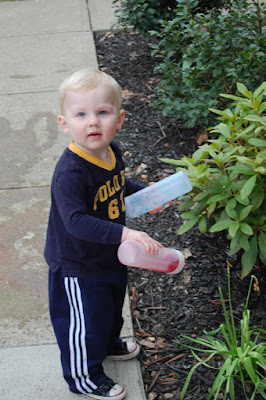 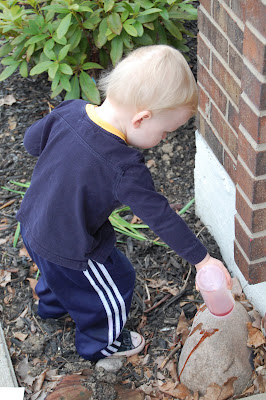 So, then I decided why not get out some paper. He thought this was the greatest ever. He had great time. 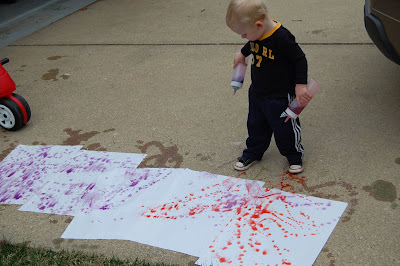 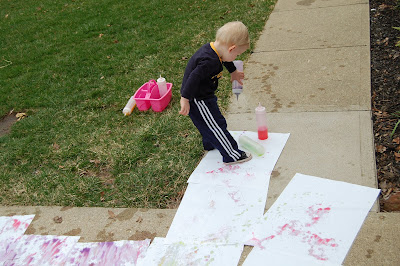 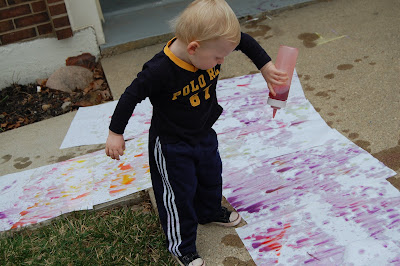 This was such a spontaneous activity and it kept him occupied for almost an hour! It was awesome and so so simple. In the summer, I like to let the kids draw with sidewalk chalk and then spray it with water. Or draw with the chalk on wet concrete. Or even dip chalk into water before drawing. All these create different textures with the chalk. They love it. This was a funny variation, but it totally worked. Plus it got rid of all the old left-over water in the squeeze bottles.
He even tried to paint the ducks that were hanging out in our neighbors yard. (If you look hard….you can see the two ducks flying away from him and his squeeze bottle.) 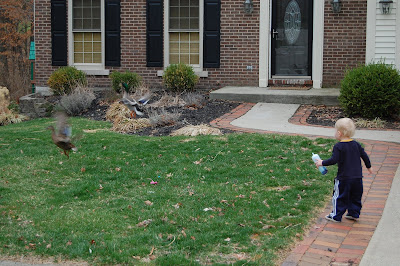