It was so pretty this week.  The weather was completely perfect!   We went outside to play every second that we could.  But, sometimes the kids are just over playing with their outside toys and bikes and need some direction and a plan.

So, I grabbed the sidewalk chalk and got busy drawing a giant game board.  It was totally spur of the moment, so if I had given it more thought I’m sure I could have come up with something more elaborate – but the kids LOVED it!   🙂

I drew a bunch of “stones” first.  I made them all different colors.  Then I drew a letter in each stone.  The “start” was a dock (a square with lines) and the “finish” was a boat (a half circle with a triangle sail).  I embellished the outside a bit with a shark and some waves. 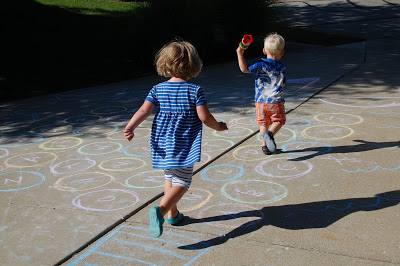 So, the game was to get from the dock to the boat by only stepping on what I called out.  Sometimes I called out letters and sometimes colors and sometimes both.  (The bean doesn’t know all of his letters – so he got only colors – with the occasional ‘S’). 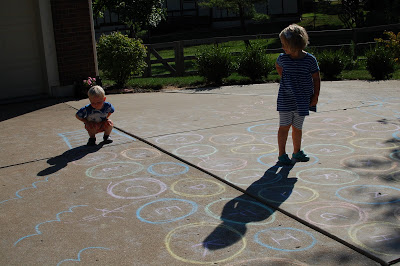 We played for over an hour and came up with lots of variations.  I drew another dock and then they raced by seeing who could get to the boat first by only stepping on blue (or whatever I chose for that race) 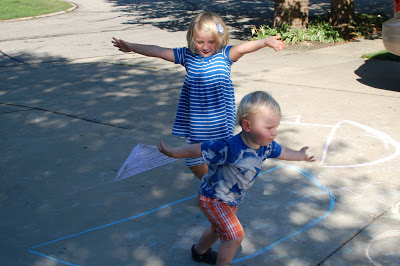 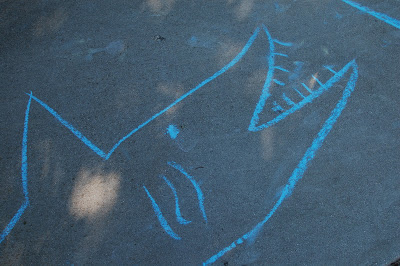 Sometimes the colors were far away and you had to jump! 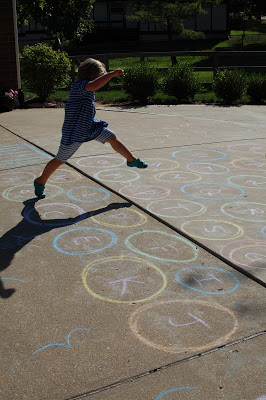 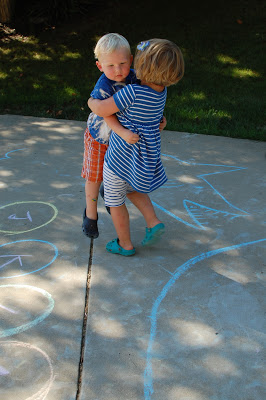 It totally looks like she’s hugging him – awe – how sweet!
(But I was there so I know that she actually picked him up from the boat and is throwing him to the shark!  Nice!) 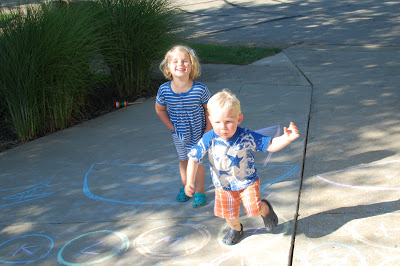 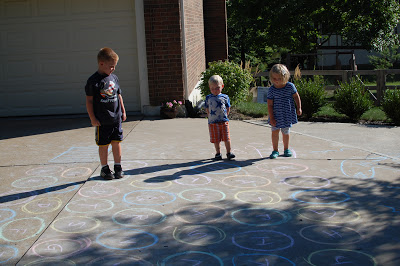 We were having so much fun the the neighbor kids came over to get in on it!

« do you back it up
easy floating ghosts »