Broadway brought one of my most beloved movies to life.   And then Broadway in Cincy brought it right here to our fair city.  The Sound of Music!!  I absolutely LOVE this movie.  The film celebrated it’s 50th anniversary in 2015 and it continues to be the most successful movie musical in history!  I’m so excited to share about this show.  You do not want to miss this.  It will be here from September 27th – October 9th 2016.  Get your tickets here.

“The hills are alive! A brand new production of The Sound of Music, directed by Jack O’Brien, is coming to you. The spirited, romantic and beloved musical story of Maria and the Von Trapp Family will once again thrill audiences with its Tony, Grammy and Academy Award-winning Best Score, including “My Favorite Things,” “Do-Re-Mi,” “Climb Ev’ry Mountain,” “Edelweiss” and the title song.”

Most people I know have such fond memories of watching the movie as a child, with parents or grandparents.  I know I do.  And I was so excited to be able to share the experience with my mom and my daughter.  My daughter already has fond memories of watching the movie with grandma, so we were all excited to see the musical.  And the show was exceptional.

The photo booth was too much fun! 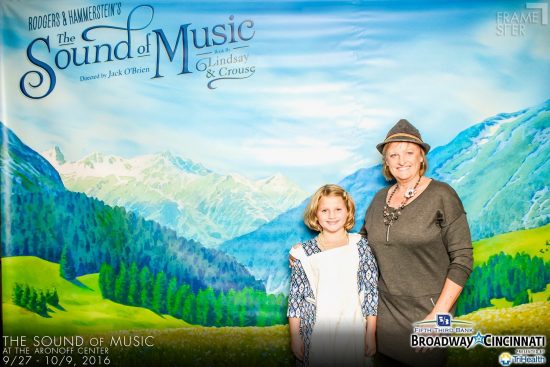 It kept my 9 year old in rapt attention for 3 hours!  She was absolutely mesmerized.  And she has been singing and humming the score non stop ever since.  For DAYS!  The Hills Are Alive, My Favorite Things, Do-Re-Mi, and Edelweiss are pretty much on repeat over here. 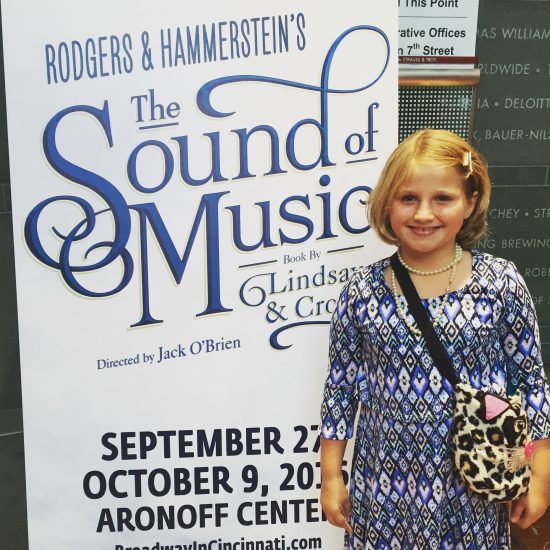 The sets were perfect as they drew us in to experience the story as if we were there in person. Clever changes and new songs in the musical were truly inspired and engaged me with a freshness and a sense of anticipation. 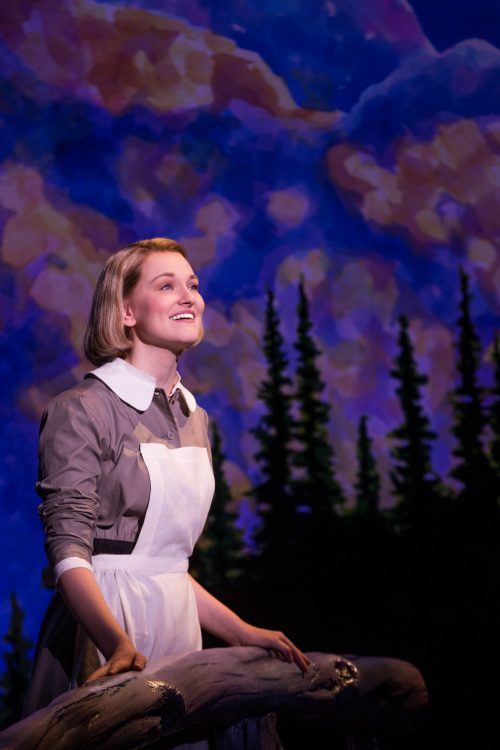 The quality of the acting and singing were unprecedented. All of the actors played their parts perfectly. Kerstin Anderson’s Maria was spectacular.  The children in the cast were adorable and I think that they stole the show.  The superb and seamless transition from one set to another added a high quality to the event. 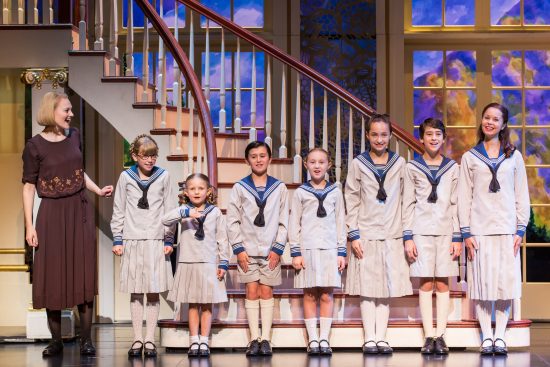 You could not possibly be anything but in awe of this production.  It was flawless.  So proud to have experienced it at The Aronoff Center in Cincinnati.  We loved every minute.

If you are a fan of the film, you must put this on your list.

Get to the Aronoff Center in Cincinnati and enjoy the classic, timeless story of The Sound of Music produced by Rodgers and Hammerstein from September 27 th to October 9th 2016. The production directed by Jack O’Brien thrills the audience.