I’m excited to welcome my amazing friend Gina Stenger today.  She’s so much fun, you’re gonna love her!  She went to see The Christmas Story at the Aronoff recently and she LOVED it!  Get there if you can.  Gina blogs at Raising 2 Tweens, so you can catch her there, too. 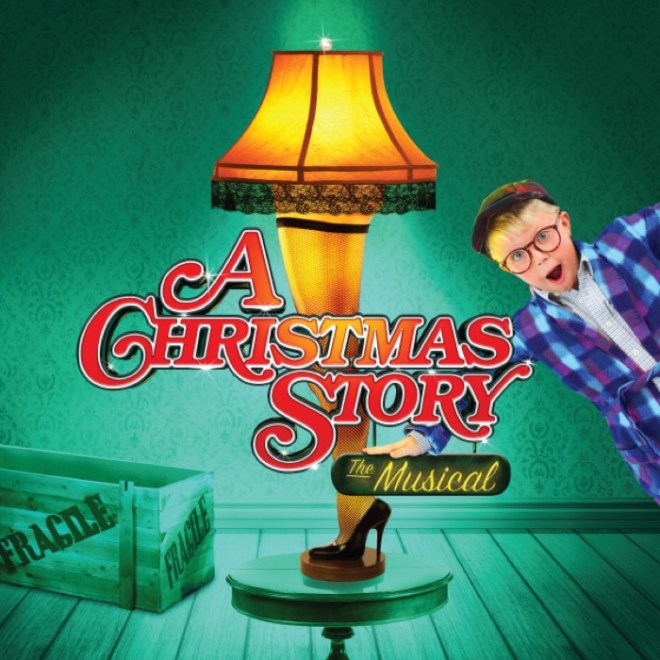 Wow! Just wow! I really don’t even know what else to say about the Cincinnati Broadway musical A Christmas Story. I have been to a lot of professional plays and musicals over the years but this was the first where the majority of the cast was played by children. Honestly, I was a little worried. But that fear was put to rest during the first scene. The children in this play must have started acting, singing and dancing at birth because they were amazing!

Just like the movie, the musical is set in Indiana on Cleveland Street. The musical was very true to the movie. We witnessed Ralphie dream of getting the bad guys with his Red Ryder BB Gun, climbing back up the slide to see Santa, wear pink bunny pajamas, beat up the bully, be told a dozen tons that he’d shoot his eye out and stand by as his friend stuck his tongue to the flag pole. We saw Ralphie’s dad win a MAJOR AWARD and his mother ‘accidentally’ break the leg lamp. We even watched Ralphie’s little brother Randy eat like a piggy. 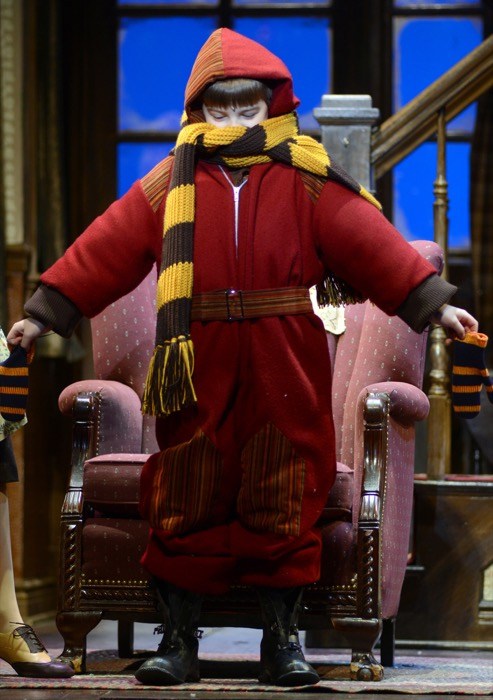 It is obvious that each actor was chosen carefully. Chris Carsten actually sounded like Jean Shepherd and Evan Christy had Randy’s cry down perfectly. If I would have closed my eyes, I would have thought Paul Nobrega was same guy who played the old man in the movie as he said “Fra-gee-le.” Ralphie and even the elves reminded me so much of the characters from the movie.

The difference between the movie and the musical was the dancing and music. There was a song for everything. This truly enhanced the story I have grown up with and always loved. There were about 16 songs, which were all great, but my favorites were “When you’re a Wimp,” “Ralphie to the Rescue” and “You’ll Shoot Your Eye Out.” It included swing and tap dancing, costumes from the roaring 20’s and mobsters. It was perfect.

The Bumpus’ hound dogs appear on stage more than once and finish off the old man’s turkey causing the family to have Christmas dinner at the Chinese restaurant. And of course, Ralphie gets the BB gun, shoots it and knocks off his glasses.

A Christmas Story, the musical, was the perfect way to kick off the holiday season. Watching the movie has always been a tradition in my home so this was really special to me and my husband. The show runs at the Aronoff until December 10. Tickets start at $30. 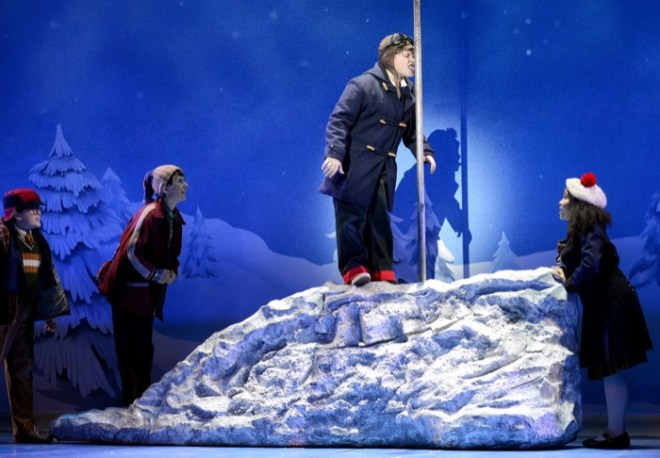 Tickets start at $30 and are available at the Aronoff Center Box Office downtown at 650 Walnut Street, online at CincinnatiArts.org or by phone at 513.621.ARTS.

For groups of 10 or more, contact the group sales department at 513.369.4363. Performance schedule, prices, and cast are subject to change without notice.

*disclaimer – I was given tickets for review and promotional purposes, all opinions are 100% my own.