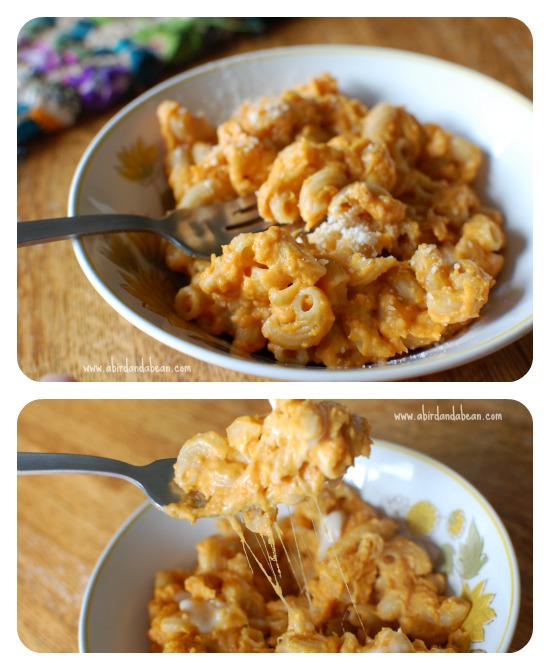 I made this Creamy Pumpkin Pasta last week and it was SO good.

It was delicious, wonderful comfort food. The whole family ate it up. The amount of actual cream and sour cream is not as much as it would be in a real cream sauce because the pumpkin also makes it creamy. Annnd pumpkin is really good for you. So that’s another plus.

I didn’t have turkey sausage so I used regular and didn’t take it out of it’s casing. I just browned it and then sliced it up (it’s way easier to pick out that way…I don’t really like sausage – but Kevin and the Bean L.O.V.E. it).

You must make this – it’s creamy goodness. I found it originally on New Nostalgia’s pumpkin post.

She posted a bunch of yummy pumpkin recipes. I want to try them all.

In a large skillet sauté the garlic in the olive oil on medium heat. Add the turkey sausage and cook until no longer pink.  Remove sausage and garlic from the skillet. Slice the sausage on the bias.  Set aside.  Pour the chicken broth into the skillet to deglaze.  Whisk in the half and half, sour cream, pumpkin, and seasonings.  Simmer for ten minutes.

Boil the pasta in salted water until al dente. Drain pasta and stir into the pumpkin mixture along with the sausage and garlic, simmering for another few minutes or until the sauce thickens. Stir in parsley and garnish with cheese and more parsley.

* If the sauce is too thick, thin it with a little chicken broth until you get it to the right consistency. 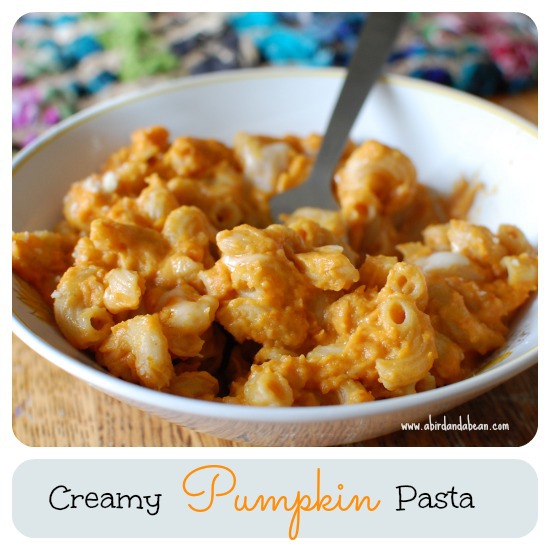 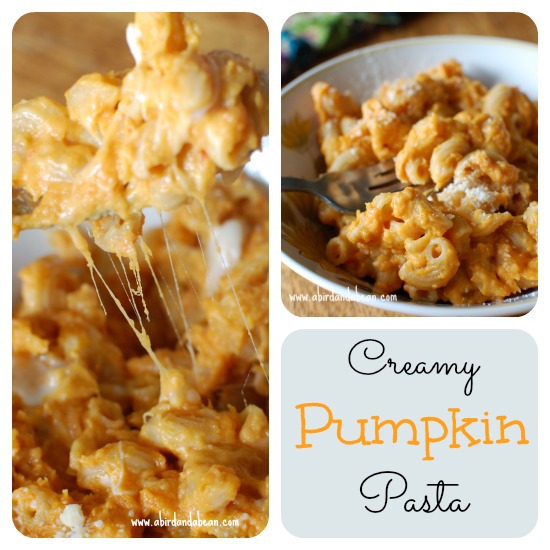