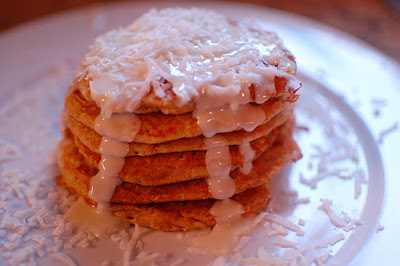 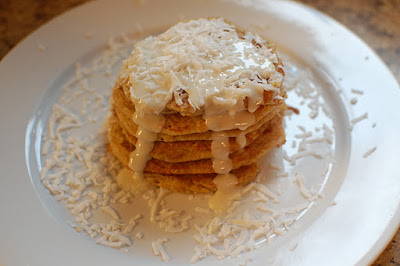 So, I pulled out my handy dandy whole wheat pancake mix.  I figured I could make enough substitutions to make them coconut pancakes.
It called for an egg.  Which reminded me to go out to the coop and feed the chickens.  I came back with four eggs.  Good job ladies.  Thanks.  🙂
The back of the box also calls for a few tablespoons of vegetable oil.  I used coconut oil.  And a cup of milk.  I used coconut milk.  I also threw in about a tablespoon of my new coconut butter and a few pinches of shredded coconut, for good measure.
They were so so so good.  The perfect amount of coconut.  I used coconut butter instead of syrup.  And added more shredded coconut to the top.  Because, well, why not!?
There were none left over.  There were just a few tiny bites left, which we saved for the chickens.  🙂 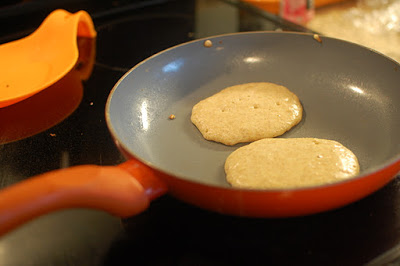 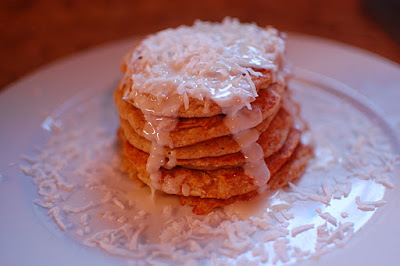 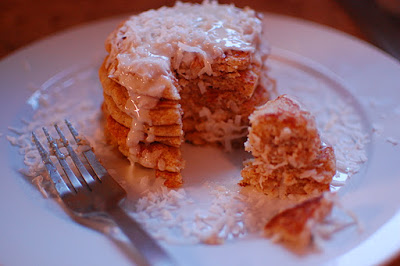 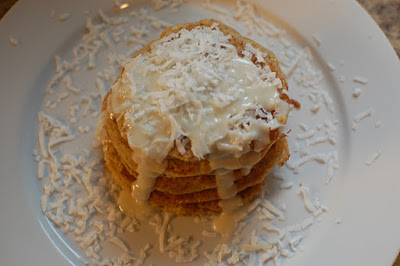