I was drooling over pictures of some breakfast cookies that my friend made. Sadly – I did not have all the ingredients that her recipe called for in my house. Milk powder being one of them? What is that?! I considered using baby formula for about one second! 🙂 So, I looked through my cookbooks until I found a similar and yummy sounding breakfast bar that I DID have all the stuff for. There was no picture however, so I’m not sure how close I came. Mine are really tasty. A little more ‘cakey‘ than a I would think a bar should be. Perhaps it is because I deviated from the recipe and added in a few extras! K likes to take a granola bar to eat for breakfast on the way to work since he leaves at 6:00. I think he will like these (hoping). Granola bars can get so spendy. Here is the recipe. 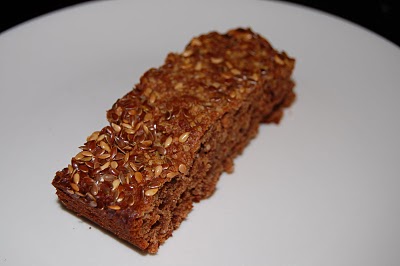 Preheat oven to 425. Grease and flour 13×9 pan. Mix together flour, oats, salt, soda, and spices. Set aside. In a large bowl, beat butter, sugar and egg until light and fluffy. Add bananas and vanilla until smooth.

Gradually stir in flour mixture until well combined. If it is getting too thick slowly add 1/4 cup of water or milk. Stir in nuts etc. Bake until golden. About 25 minutes.

So, my deviations included 1/8 cup of ground flax seeds, 1/8 cup of wheat germ, 3 TBS of cocoa powder and 1/2 cup of almond butter. I think my additions made them super yummy. I sprinkled some un-ground flax seeds on the top and they add a nice crunch. I didn’t add any raisins or dried fruit. They did make the house smell good and the kids like them. Hope the man does.

I also made some mini crust less quiches. I love having quick breakfasts on hand. (and I also love having a friend with chickens who shares the eggs!) I whisked up some eggs with cheese and salsa and kale. I only used these random things because they are what I had. In the past, I have used mushrooms, peppers, onions, spinach – really any veggie that would go in an omelet. Then I divide the mixture evenly between greased muffin tins and bake at 350 for about 15 or 20 minutes. Yum. The whole family loves these. We usually eat them alone, but we have been known to put between a toasted whole grain English muffin. So, now I have breakfasts for the week – for all of us. Awesome. I love reading blogs that include recipes and lovely pictures of the recipe executed. I have no idea how they get such nice pictures of food. I promise that the two things I made today are tasty – even though they don’t look it! I think I need to take a photography class (or a cooking class!) 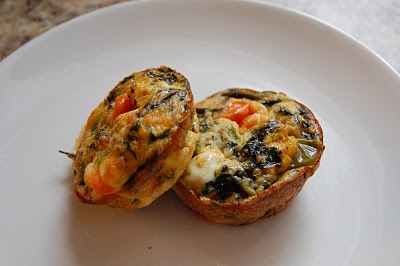