I’m so excited to introduce you to Ashley!   I’ve known Ashley for a long time!   Ever since she was a sweet, adorable bouncing baby.  She’s grown into a gorgeous, smart, and funny young lady!   You’re going to love her.  You’ll find her posting her deepest thoughts, literature reviews, movie reviews,  or just anything that might be on her mind, about once a month on The Healthy Hen!  You can also find her on pinterest and her own awesome blog!  Check her out!    She’s the coolest.

Take it away, Ashley. 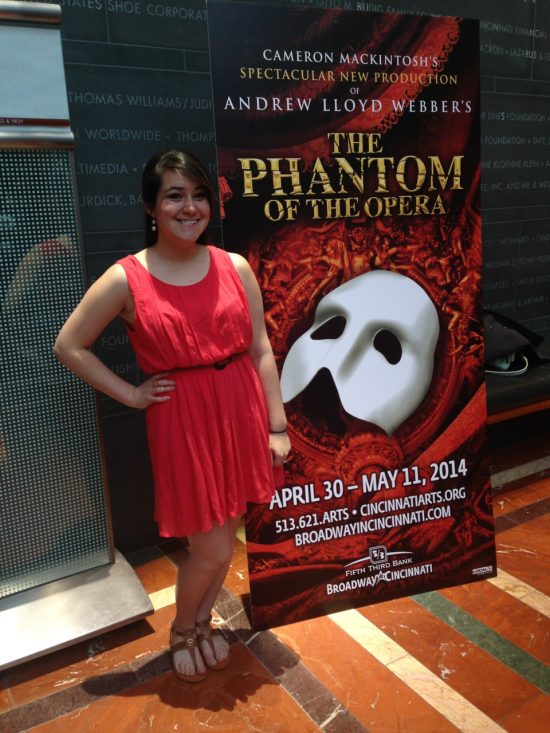 Hi.  My name is Ashley Dugger. I’m currently a student at Northern Kentucky University studying Electronic Media & Broadcasting and Journalism, and I also produce videos for NKU’s television station. I’ve always loved writing, and I started blogging on a whim this year.  You can find me here and here.   I was so excited to review The Phantom of the Opera for A Bird and A Bean.  I’ve always wanted to see it.  Thanks for having me. 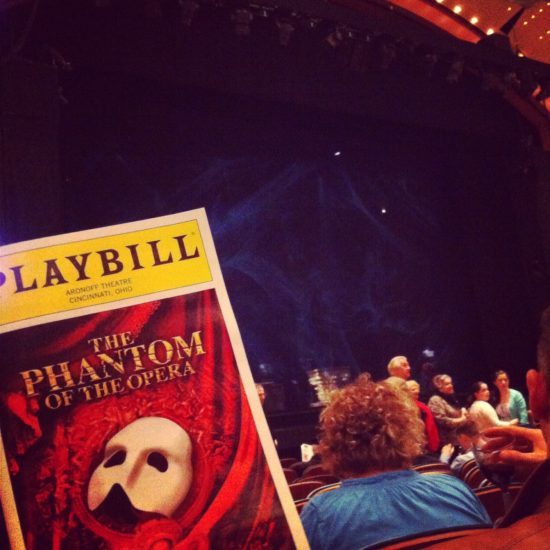 The Phantom of the Opera is a haunting tale of an opera ghost (The Phantom) living in a Paris Opera House in the late 19th century. He wreaks havoc on the opera house when he becomes obsessed with Christine Daaé, a young soprano singer and ballet dancer. The Phantom, disguised as the Angle of Music, sings to Christine at night; however, Christine thinks this Angel of Music is her late father, a famous violinist who died when she was just a child.  When Christine falls in love with her childhood sweetheart, Raoul, Vicomte de Chagny, the Phantom becomes enraged and steals her away to be with him. In the end, she must ultimately choose between the man who gave her her voice or the man she has loved since she was a child.

It had been a dream of mine to see a production of The Phantom of the Opera ever since I was in grade school and memorized the movie forward and back. The music, by legendary Andrew Lloyd Webber, is beautiful; the story is riveting; and the characters have depth. So when I had the opportunity to see the show, I jumped at it. 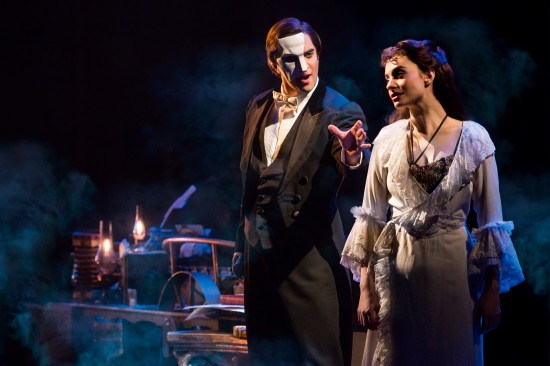 The show was absolutely amazing. The sets were incredible with an impeccable eye for detail. The Phantom’s lair was extravagant with gold everywhere, including the candlesticks, the bed frame, and the organ. And of course, the chandelier was the centerpiece of the show and it glistened just as I imagined.

In addition, this show added a new feature – pyrotechnics. When the chandelier crashed, they had several sparks. The Phantom often used some type of magic when fighting, which translated to little fire balls essentially thrown at his enemy. And of course, the Phantom made several dramatic exits in which flames shot up from the ground like fireworks.

But even more impressive than the sets and pyrotechnics were the costumes. The costumes were big and glamorous, as you would expect to see in a Paris Opera House in the late 19th century.

Of course the singers had a vocal range like none you have ever heard before. They’re acting and singing abilities were absolutely incredible, and they’ll give you goosebumps the whole way through the show.

The Phantom of the Opera makes for a great date night or girls’ night out. I would caution you if you are thinking about taking younger kids as the plot is dark and the themes are for a more mature audience.

I would highly recommend you make an effort to see this show at some point or another. It was a brilliant story, filled with beautiful music.

Don’t miss your chance to see Phantom of the Opera at the Aronoff!

There is a reason this productions has lasted 27 years already!

THE PHANTOM OF THE OPERA will play the

Tickets for THE PHANTOM OF THE OPERA start at $33. They are available at the Aronoff Center Box Office downtown at 650 Walnut Street, online at CincinnatiArts.org or by phone at513.621.ARTS.  For more information, please visit www.BroadwayInCincinnati.com.

Disclosure: I was given tickets for review purposes. All opinions are my own.