I was thrilled to get to see the new Omnimax at the Cincinnati Museum Center recently.  It’s called Jerusalem and it. is. AMAZING!  I think it might be my favorite Omnimax movie so far.

I was lucky enough to visit Jerusalem with my mom when I was in college, so we were both eager to see the film.  It was awesome to get to see the movie with my mom because we kept nudging each other and whispering excitedly, “We’ve been there” to each other!  🙂  (Probably really annoying to people sitting near us.)  Sorry if you sat next to us!  We couldn’t contain ourselves!  My daughter loved it, too! 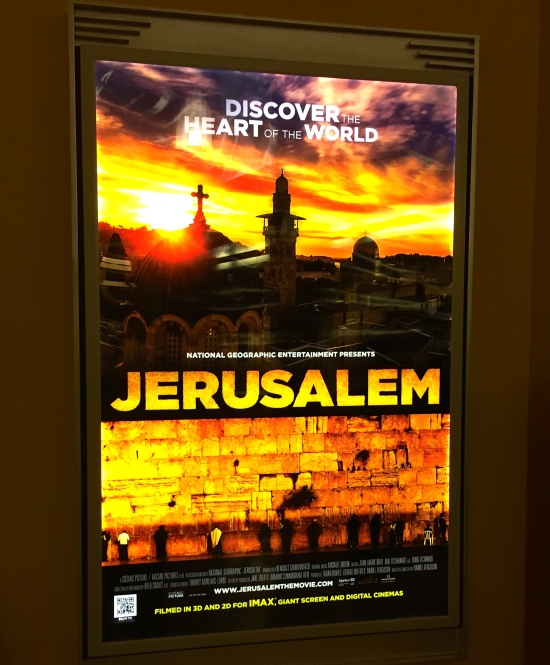 “Take an inspiring and eye-opening tour of one of the world’s oldest and most enigmatic cities. Destroyed and rebuilt countless times over 5,000 years, Jerusalem’s enduring appeal remains a mystery. What made it so important to so many different cultures? How did it become the center of the world for three major religions? Why does it still matter to us? ”

“Jerusalem attempts to answer these questions by following three young Jerusalemites and their families – Jewish, Christian and Muslim. Through their eyes, learn what it means to call Jerusalem home and experience celebrations and events that mark the high points of a year in the life of the city.” 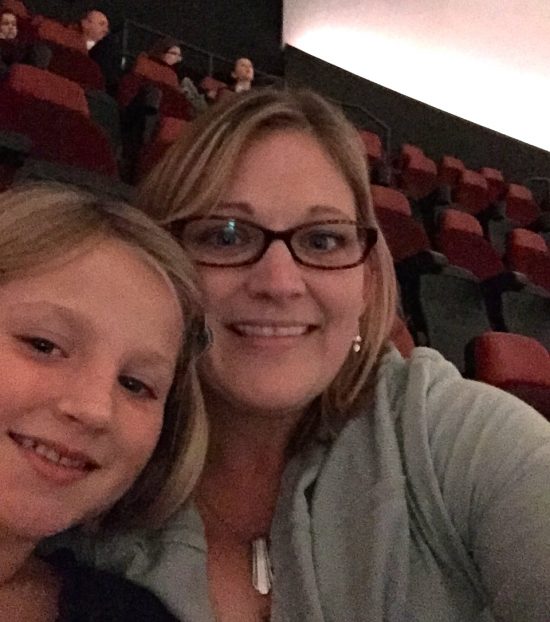 Jerusalem gives a completely unique perspective of a part of the world that still captivates the imagination of billions of people.  And it’s narrated Benedict Cumberbatch (YAY – bonus!).

We were able to visit the museum on a night that the filmmaker, Daniel Ferguson, was there to answer questions.  We had a Q and A reception with him.  It was so interesting.  One of the girls from the movie was there, too!  We got to meet Farah.  She was amazing and generous.  We learned how Ferguson took the cameras into small spaces to make this extraordinary film.   And that it took him 4 years to make it.  He told us that it required four years and “thousands of cups of tea.”  In those four years and 16 trips,  he was able to persuade Muslims, Christians, and Jews to allow him to film the most sacred places of the city.  He even moved his family there for about 6 months.

I loved this movie.  The views were spectacular and the story was fascinating.  I enjoyed following the three girls through “their Jerusalem” and seeing how different it was for them, but also how similar.   It really does a great job of giving Christians, Jews and Muslims a glimpse into each other’s lives in the very same city. 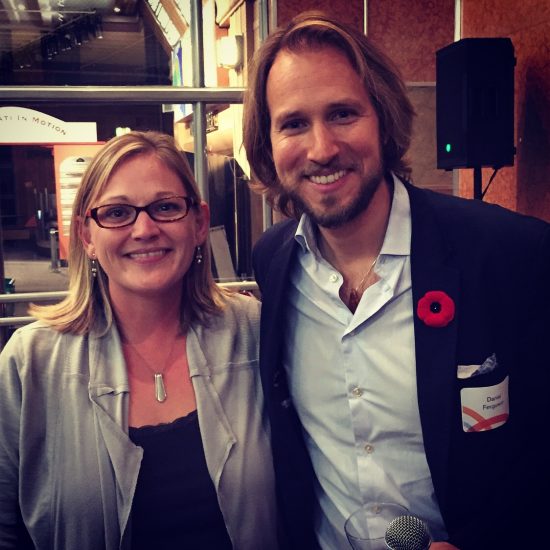 You must get to the Museum Center to see this movie!  It was great.   You can almost cross “traveling to the Holy Land” off your bucket list after you see it.  It was that real.  🙂 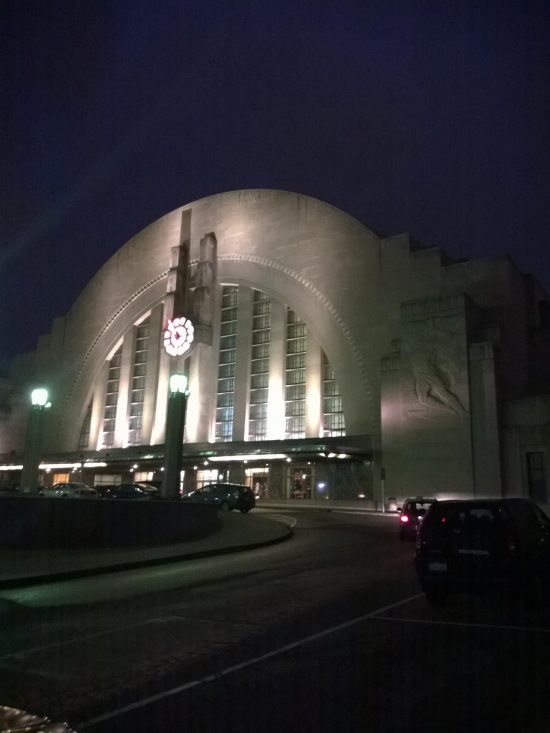 The film, Jerusalem, is showing at the Cincinnati Museum Center daily through February 12, 2015  (except Thanksgiving Day and Christmas Day).

Disclosure:  I was given complimentary tickets for review and promotion purposes.  All opinions are 100 percent my own.