Welcome to “The Thirsty Pony”, where everything is only 2 cents.

Reinforce and teach counting by twos by opening your own cute little restaurant.

I’ve mentioned it a little bit before, but for those that don’t know….I’m trying the whole homeschool thing on for size this year.  It was a decision that we had been toying around with and praying about for years.  The bird did LOVE Kindergarten and pre-school, but we decided after much thought that we would try it out this year for 1st grade.  So far so good.  🙂

You can read way more about our choice here in an article I wrote for Homeschool.com.  (It starts on page 14)  I would love for you to check it out.  It’s a fun little article and I think you’ll like it.  🙂  A peek inside my life.

Since I’m actually a certified teacher and had been teaching for 15 years in the public schools, I figured I was probably qualified to teach my own kids.  🙂  I bought curriculum and supplies.  And here we are.  I love it, the kids love it.  There are some crazy days, but, we are really enjoying it. 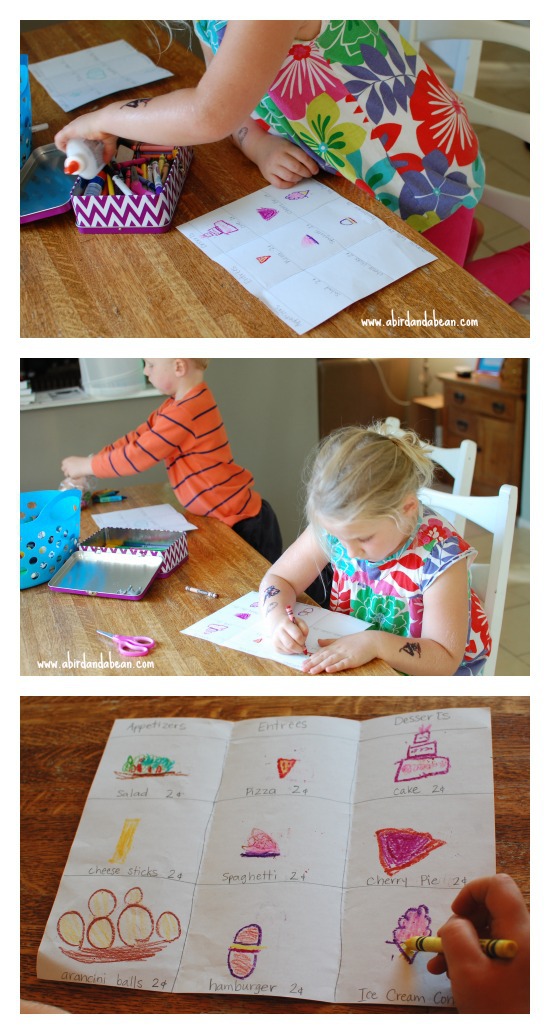 We had been working on counting by two’s for a little while and Lucie was just not into it.  She kind of remembered how to do it from day to day, but really needed reinforcement.

So, we made a restaurant.  Everything in our restaurant was 2 cents!   The kids made awesome menus, we picked flowers, I lit candles and broke out a restaurant-looking table cloth.

They named our restaurant “The Thirsty Pony”, which sounds way more like a saloon than a diner, but we went with it.

They were SO EXCITED to surprise Kevin with the whole situation.  They had aprons and were the servers.  It was adorable.

I was making dinner anyway, so I told them what we were having and they included it in their menu.  If Kevin ordered something that I didn’t cook, they just told him that The Thirsty Pony was out of that today.  hahaha. 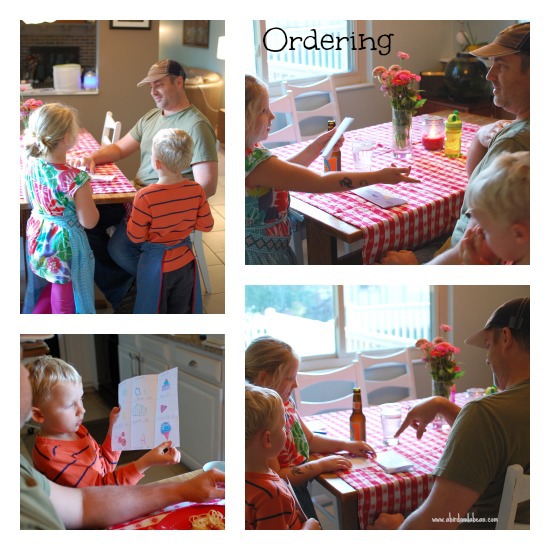 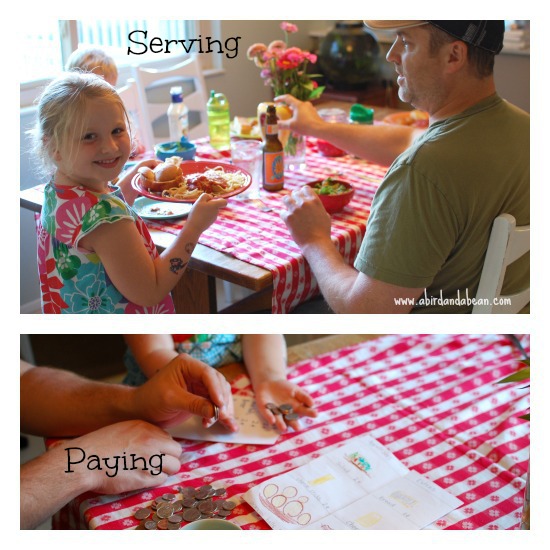 And then she asked for her tip!

It was a fun night and the kids loved it.  They made the menus while I cooked, so it was really not any extra work at all.

They still talk about it and ask when we can do it again.  The Thirsty Pony will be open for business again soon.  🙂  Maybe everything will be 3 cents this time around.  You know, inflation and whatnot!  😉  (and the counting by 3s could use some help now!)