A few weeks ago, we did this fun little project about deadly and scary bugs for Halloween.  It was a science and geography lesson all wrapped into one.  (Yay for homeschool.)

Since then, my kids have wanted to learn everything about bugs.   Bugs, bugs, bugs. All the time.  Creepy, crawly, bugs.  Luckily, since we used the Orkin Ecologist website for that project, I know that it’s a treasure trove of awesome pictures and information about insects.

It’s just a surprising and fantastic educational recourse.  They really celebrate the science and uniqueness of insects.  And we visit it a lot, because my daughter LOVES bugs.  She wants every bug that she sees to be her pet and live in our house.  Gross.

See this little guy.  He was 3 dollars thanks to an after Halloween sale.  I bought to use as a decoration for next year.  Of course the kids found him and love him.  Lucie declared he was adorable and cute and named him Mr. Grizzly.  They watch TV with him and freak people out. 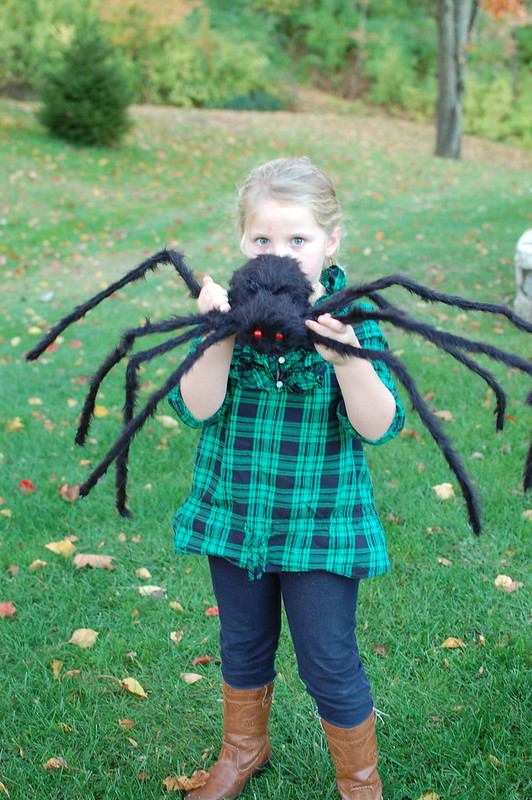 I’m not a HUGE fan of bugs, but I don’t have a phobia either.   (I just don’t want them all to live in our house!)  The kids and I read this article about the top 10 bug phobias together.  Creepy pictures and lots of info.  They loved it.  (And Lucie couldn’t understand why anyone would be afraid of an insect. haha.)  Crazy girl.

My sister has serious Arachnophobia.  Sometimes I send her pictures of spiders just to freak her out.  Cracks me up every time.  She can hardly even say the word spider without getting chills.  (of course that’s why I threw Daddy Long Legs at her when we were kids…and sometimes now.)  mwahahaha.   But, then she usually punches me in the arm and she is much stronger than me.  OUCH!

Arachnophobia — Fear of spiders. Arachnophobia not only tops our list of most common arthropod phobias, but also tops the general phobia list.

There are phobias for every bug.  Termites, moths, cockroaches, ants, bees, waps and even worms.  I thought the worm one was interesting.  I guess I can get behind being afraid of parasites…..but earthworms?  I mean, how would you go fishing?  Maybe they are afraid of fish too?

The creepiest bugs I’ve ever seen were Giant Stag Beetles that people kept as pets when I lived in Japan.  You could HEAR. THEM. WALKING. ACROSS. THE. FLOOR!  Harmless, but if you can hear them walk, that’s just too much bug.  clickety. clack.  Of course, as soon as I showed Lucie this picture, she wanted one.  haha. 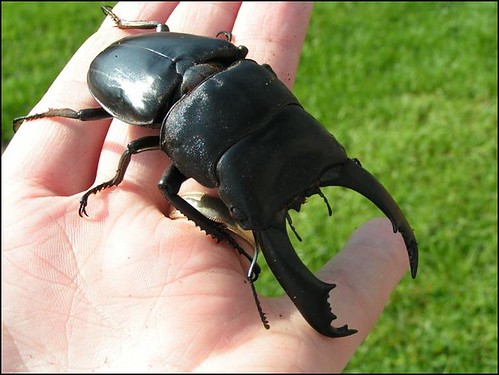 Do you have a #BugOut moment?  I would love to hear about it.  Leave me a comment here (or share on social media with a #bugout.)  I know my sister has a few.  mwahahaha.

This post brought to you by The Orkin Ecologist. All opinions are 100% mine.