We love everything we’ve seen at The Children’s Theatre and we can’t wait to see this one! 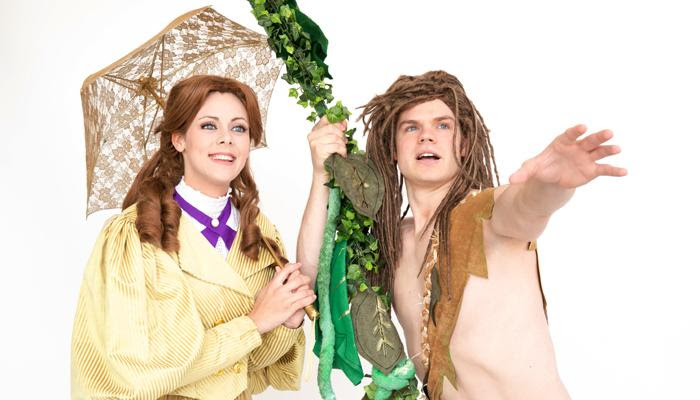 “Based on Disney’s epic animated musical adventure and Edgar Rice Burrough’s Tarzan of the Apes, TARZAN THE STAGE MUSICAL BASED ON THE DISNEY FILM features heart-pumping music by rock legend Phil Collins and a book by Tony Award-winning playwright, David Henry Hwang. High-flying excitement and hits like the Academy Award winning “You’ll Be in My Heart” as well as “Son of Man” and “Two Worlds” make Tarzan an unforgettable theatrical experience.”

In this wild adventure, Tarzan struggles to navigate a jungle, thick with emotion as he discovers his animal upbringing clashing with his human instincts.   It’s going to be great!  Get your tickets today.
TARZAN THE STAGE MUSICAL BASED ON THE DISNEY FILM is presented by The Children’s Theatre of Cincinnati on April 1-2 and 7-9, 2017.
Saturday April 1 at 2 PM,
Sunday April 2 at 2 PM and 5 PM,
Friday April 7 at 7:30 PM,
Saturday April 8 at 2 PM and 5 PM,
Sunday April 9 at 2 PM
The Taft Theatre
5th and Sycamore Street
Downtown Cincinnati
Tickets start at $10.
Get yours by calling 1-800-745-3000 or visiting www.ticketmaster.com.
Thank you to TCTC because they’ve given me four tickets to giveaway to a random reader of A Bird and A Bean!
Enter below.
Winner can choose between the Sunday April 2 at 5:00 show or the Friday April 7 at 7:30 show.