Confession #1: I’m writing this review while a DVR’d episode of Sister Wives plays in the background. 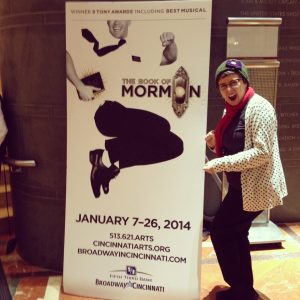 Me cheesing it in front of the show sign.

To give a little of background information, the show The Book of Mormon is brought to you by the same folks that brought you the TV cartoon South Park. If South Park isn’t your humor cup of tea, this might be a show you decide to pass. Additionally, this show also comes with a significant parental warning – please take this warning seriously. Both language and content are a legitimate concern. 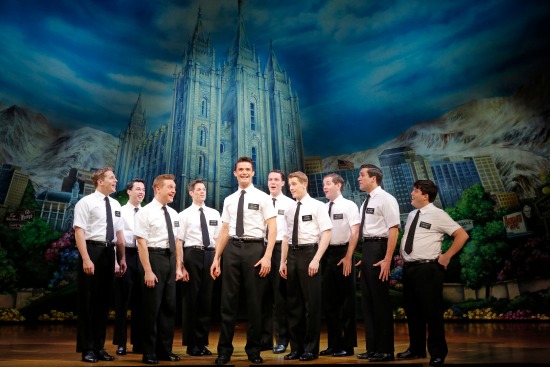 I’ll start off by saying that Mormon culture has always interested me (Sister Wives, anyone?). I think this interest comes primarily from my life and faith being very different from that of the LDS (Latter Day Saints). When the opportunity came to see this musical, I was genuinely excited about the Mormon aspect of it all. And let me tell you, the show features little (I think funny) vignettes throughout that give a snippet into how Mormonism began with Joseph Smith. It then continues to share what their faith holds dear in songs like, “I Believe,” sung by the lead Mark Evans, who plays Elder Price. Indeed, many portions of the show were completely hilarious but a few also went to the extreme to make a point. 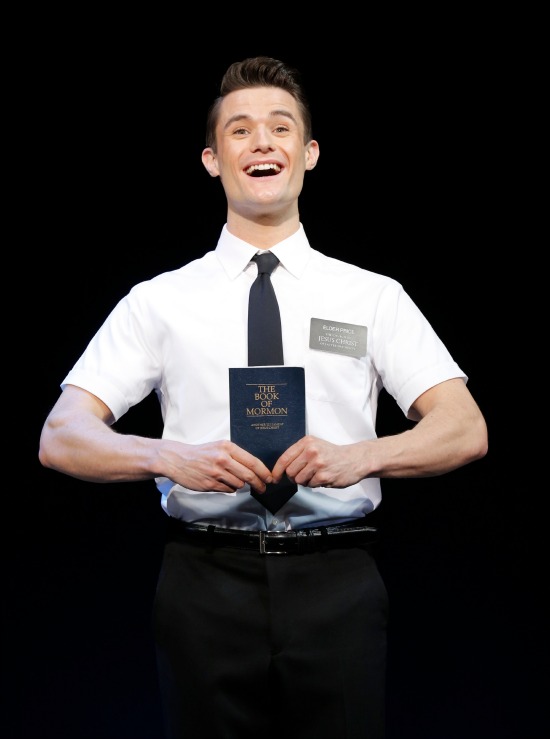 The foil to Evans’ Elder Price was Elder Cunningham, played by Christopher John O’Neil. These two are 19-year-old boys who are paired together and sent to Uganda on their 2-year Mormon missionary trip. Elder Price is the straight-laced golden child while Elder Cunningham is the silly comedic relief. 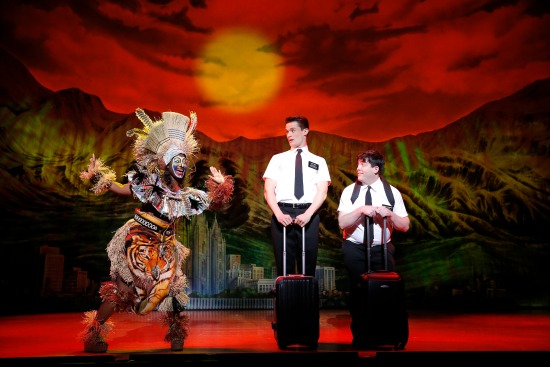 “Ben Brantley of The New York Times calls it “the best musical of this century.” Entertainment Weekly says it’s “the funniest musical of all time.” From South Park creators Trey Parker and Matt Stone, it’s The Book of Mormon, winner of nine Tony Awards® including Best Musical. Jon Stewart of The Daily Show calls it “a crowning achievement. So good it makes me angry.”

Connect with Stephanie on Pinterest.  You’ll be glad you did.  She’s full of eclectic, kitschy, and vintage surprises.

Disclaimer: I was given complementary tickets to this show for the purpose of reviewing it. All opinions expressed are my own.