The Switch & Go line of toys from VTech Kids is so fun and we recently had the opportunity to test out the newest and biggest of them.  Jagger the T-Rex.

Um, yeah, he is AWESOME!

The bird and the bean both love him.  🙂 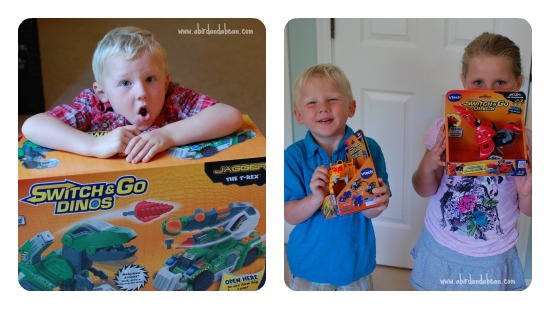 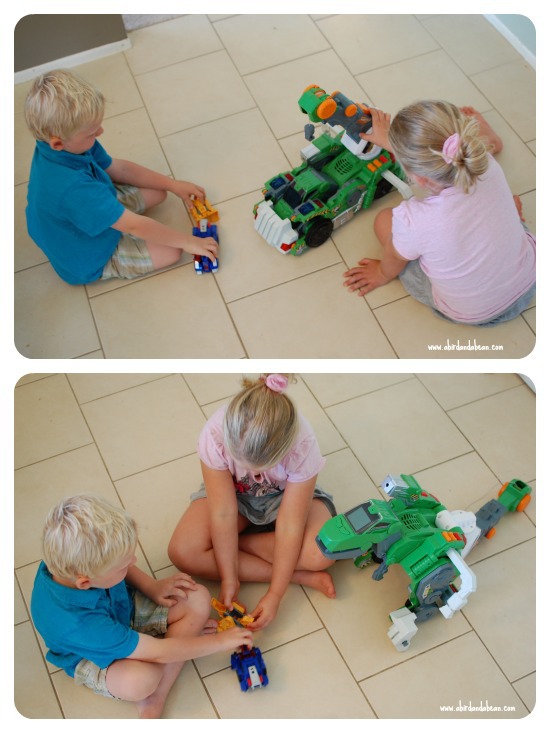 Jagger is huge.  He changes from a roaring dinosaur to a construction crane.  (The kids can change him from a dino to a crane all by themselves too, which is great.  I had to show them a few times, but they got the hang of it very quickly.)   He is very interactive.  He talks and responds to voice commands as a dino and as a crane.  He launches a drill.  (launching things is always a hit!)  The kids can wind up the crane and play with the smaller dino and cage that is included.  There is a button to change the digital dino eyes or crane driver.  There is also a button to remind you what voice commands that he responds to. 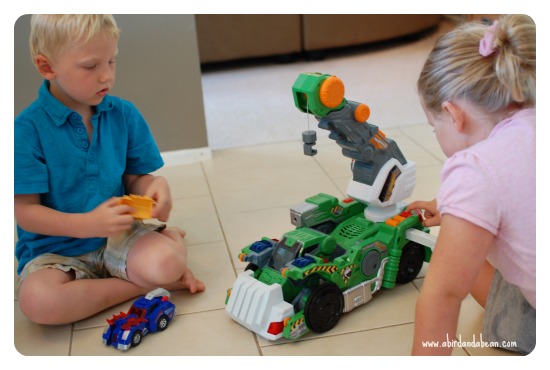 Jagger has fun realistic sound effects and buttons that will tell you dino or construction facts and phrases depending on what mode he’s in.  The voice recognition technology is really cool.  He really responds when the kids talk to him.  They love to tell him “Roar”, “Snack Time”, “Fire the drill” and “Go forward” among other things.  He even tells jokes.

The kids can’t get enough of this toy.   They switch Jagger and the smaller dinos again and again every day and they are holding up perfectly.  These are very well made and high quality toys.   They are actually built to last. 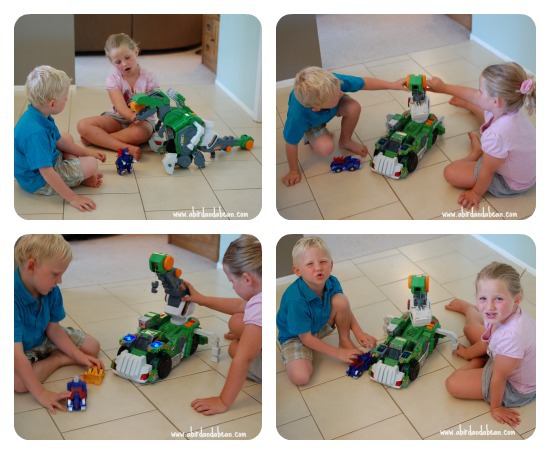 The Switch & Go line has a lot of smaller dinos too, which my daughter prefers.  (girls and small things)

Want even more pre-historic fun?  VTech has launched a photo sweepstakes on the VTech Facebook page.  Just snap a picture of your littles doing their best dinosaur impression and enter the Dino Roar Photo Sweepstakes.  One lucky grand prize winner will receive the COMPLETE line of Switch & Go Dinos!  Can you imagine??  There are more than 15 dinos in the line!  Click below to enter. 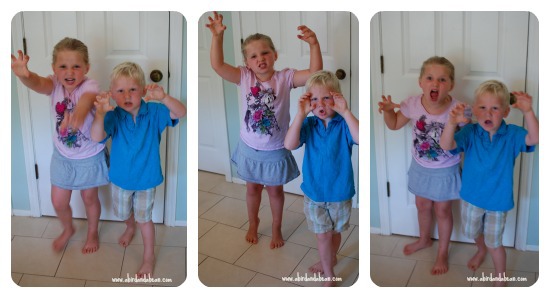 The VTech product, information, and additional gift pack have been provided by VTech

I received Switch & Go Dinos from VTech for review purposes. The opinions expressed above are my 100 percent my own. Any claims should be verified on the sponsor’s site.