I ran across this idea at Heather Eats Almond Butter.  (A fantastic blog with all kinds of great wholesome, healthy ideas and recipes.)
And I recently read Coconut Cures by Bruce Fife.  So, I had already decided that we needed to get some more coconut in our lives!
I made the switch last year with our cooking oil and we now exclusively use coconut oil.  Anytime a recipe calls for oil – ours is coconut.  And we already use coconut oil as lotion too.  (Months ago the bird asked me why I was using lotion to make her a grilled cheese sandwich….haha)
But, we don’t eat much actual coconut.  After reading the book, I knew I wanted to.  This seemed like a great first recipe.
I have never had (or even heard of) the coconut butter Heather refers to in her post.  It’s called Artisana raw coconut butter.  It sounds amazing, but apparently it’s over 10 bucks a jar.  So, she figured out a way to make her own.  Genius.
I did it.  It was easy.  It is fabulous! 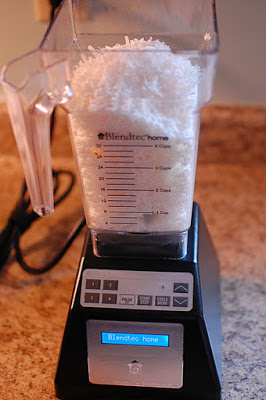 I poured two 5 ounce bags of flaked unsweetened coconut into the old Blendtec.  (She used a food processor in the original post)  I turned it on.  Mine took about 4 minutes to become butter.  If you use a food processor it will take about 10 to 15 minutes.  Let it keep on running.  Don’t get discouraged.  Be patient.  I used the Blendtec since I knew it would be faster.  I’ve used it to make raw almond butter, so I knew it would work.  After a few minutes it looks like this. 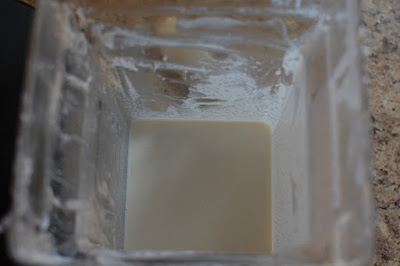 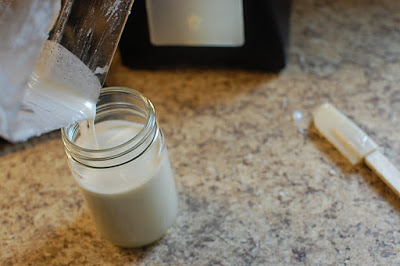 I poured it into a jar.  It smelled SO good.  I let it sit on the counter for a few hours and now it looks like this. 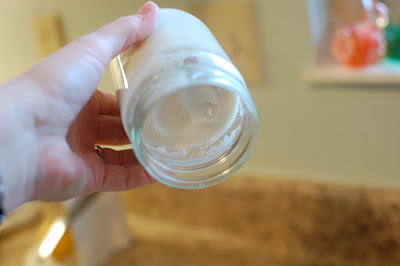 Apparently even the Artisana kind stays hard a room temperature.  (Coconut oil does too, so that makes sense.)  I made the kids an almond butter and coconut butter sandwich.  AMAZING!
I didn’t have time to go all the way to Whole Foods to get bulk organic un-sulfured coconut.  So, I just used what I had from Kroger.  Next time I will use the good stuff with no preservatives.  🙂  Two bags of coconut from Kroger cost about $2.50.  I think the same amount from Whole Foods would be about a dollar more.  Way better than 13 bucks a jar!  🙂  I can’t wait to try it on other stuff.  So far we just eat it with a spoon.