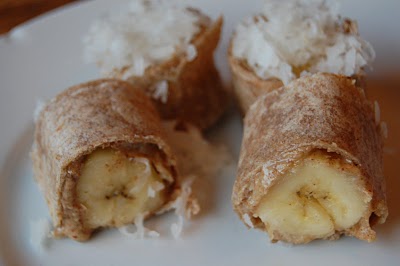 We had banana “sushi” for breakfast this morning. Easy. Healthy. Delicious.
What you need:
a whole wheat tortilla
almond butter
a banana
shredded coconut
What you do:
Take a whole wheat tortilla. Spread almond butter (or peanut butter) on it. Put a peeled banana in the middle and roll it up. Slice. Press each slice into shredded coconut. Eat.
I’ve made these as a snack many times and omitted the coconut. Still delicious. But, I happened to have it, so I used it. You could even press a few raisins or chocolate chips into the middle of the banana once they are sliced to make them look even more like sushi. 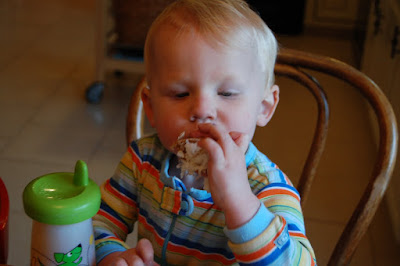 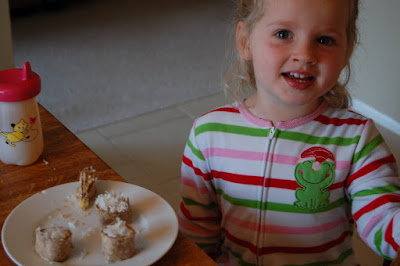 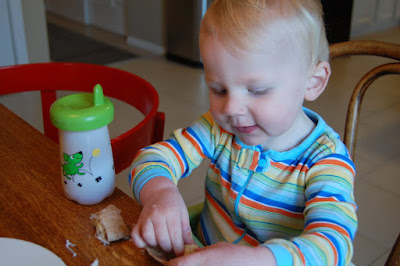 I had to wing the April Fools’ breakfast this morning since I totally forgot that it was April 1st.
That is….until my sister GOT me at about 7:00 am. Good job Heather! She got everyone. My mom considers it her calling to get us all every single April 1st. And she ALWAYS succeeds. She’s GOOOOOD. Until this year when Heather got to us all first and overthrew the April Fools’ Queen. 🙂 Mwahaha.
I explained to Lucie what April Fools’ Day is after I told her we were having sushi for breakfast. She has been trying to play jokes on Sam all day. She tells him silly stuff like….”Sam, we are going to ride a train all day!” “APRIL FOOLS” “Hey Sam, we’re going to go outside and go swimming.” “APRIL FOOLS” “Sam, we get eat candy for lunch.” “APRIL FOOLS”. It cracks me up that she gets it! She might be in place to beat Heather and Mom next year at this rate. 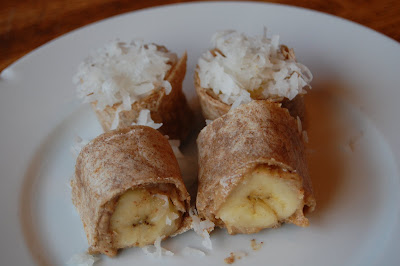 Now I have to go and think of something fun for April Fools’ dinner tonight.