A few months ago, I decided it was time to take this little lovely off of the door. (it was Kevin’s idea to put it there in the first place.) It was a good idea, dear. But it was time for an update. 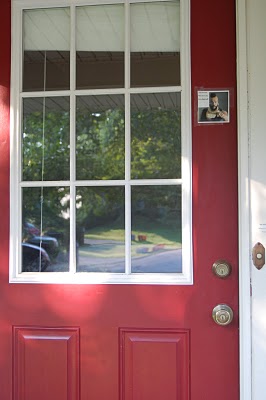 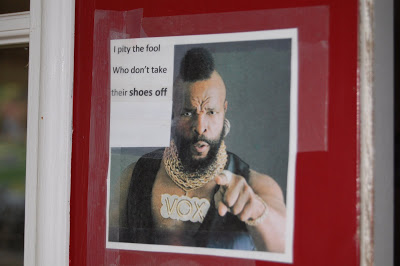 I know….it’s an impressive work of art. (the excessive use of visible scotch tape is a nice touch – don’t you think?)

I replaced it with this, which I put on the entryway wall. 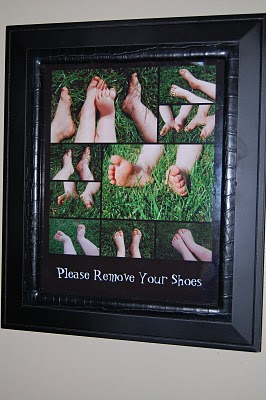 Maybe this isn’t an impressive work of art either….but at least it has cute kid feet in it. My kid’s! 🙂
It was really simple. I took some pictures of the kids bare feet. I uploaded them to Walgreens.com. Then I chose collage instead of prints. I added a title. And then had it printed and picked it up at the store. Easy Peasy. And it was like 5 dollars. I really like it. Sometimes I miss Mr. T. But I do like the chubby little feet.

« mischief
the bird and a chicken »